Our History in Northampton

Northampton is twinned with Poitiers in France and has been since April 1979. We are also twinned with Marburg in Germany, with this twinning taking place in October 1990, nearly ten years before Tailor Made opened its doors. From starting out in January 2000 offering interior signage, exterior signage, and printing to now also specialising in embroidery, workwear, and school uniforms.

If you have ever visited Northampton on a market day you will not have missed the huge market square, which happens to be the largest one in England and encompasses All Saints Church. The first market here is believed to have been in 1189, a mere 811 years before Tailor Made was formed.

You might also be minded to visit the River Nene in Northampton, which is the tenth longest river in the U.K. Its full length is around 161 kilometres. Starting at Arbury Hill, Northamptonshire, and flowing all the way through to the Wash in Norfolk and Lincolnshire.

Another place of interest in Northampton is Northampton Castle, which is one of the most famous Norman castles in the U.K. Built and opened in 1084, it was situated just outside the western city gate. The western side of the castle was protected by the River Nene. Sadly, there is very little left of the castle due to it being demolished to make way for the railway station. However, the Postern Gate still remains today, rebuilt as part of the wall of said station.

Tailor Made in Northampton

Tailor Made is proud of the history of our local area and we strive to go that extra mile for all of our customers in Northampton and the surrounding areas of Northamptonshire. Through the 20+ years we have been operating in the town of Northampton, we have grown the business exponentially. Our aim is to become part of the history of this great town and be remembered for our professionalism, integrity, and love for the people.

Northampton is widely regarded as the largest town in England to not have city status. Opinions are split between people who would like us to have that status and people who think it’s merely ceremonial and would not have much of a positive impact on the town, especially with the costs involved of such a bid.

The sign, print, and embroidery industry is growing and growing. One thing we always recommend is that you should always use an expert for any of the services you require. With so many fly-by-night companies out there, cutting corners and charging inflated prices for substandard service, contact our friendly team today to avoid any of that.

We hope that you found this helpful article! Check out other articles in our blog HERE! 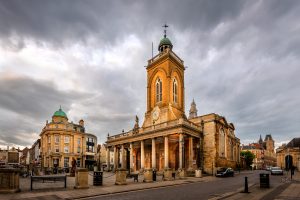 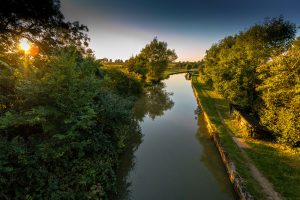